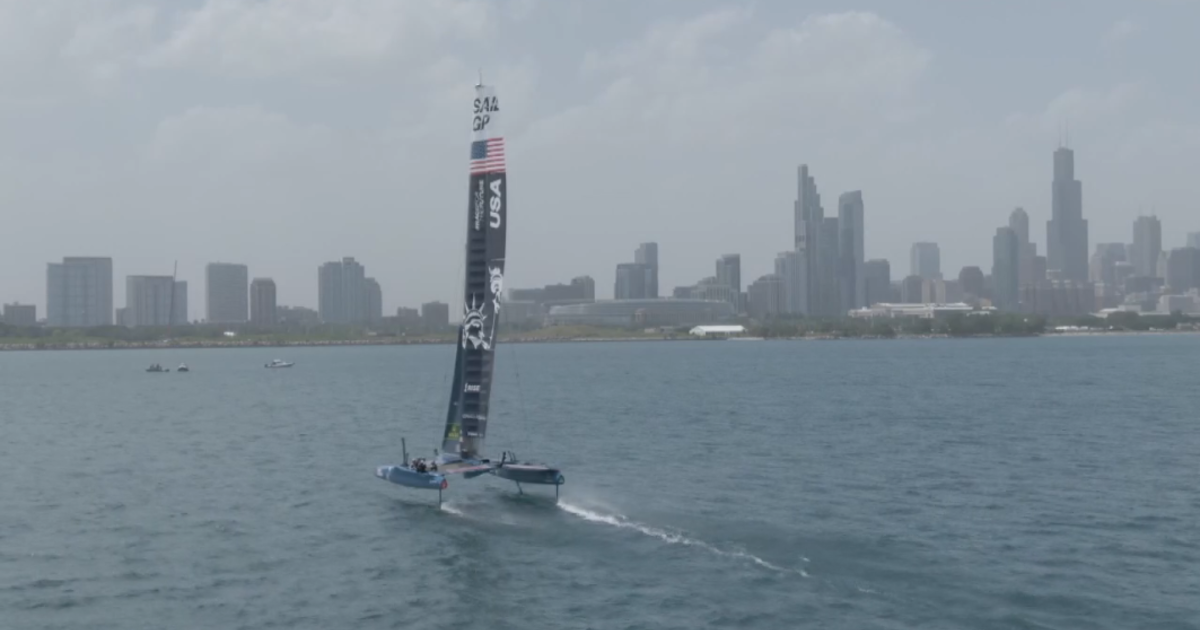 The United States Sailing Grand Prix is ​​coming to Chicago this weekend; “Going at those top speeds, it makes you feel alive”

CHICAGO (SCS) — Sail like you’ve never seen it before. High tech and high speed, the International SailGP League makes its first ever stop in Chicago for the T-Mobile United States Sail Grand Prix this weekend

CBS 2’s Jackie Kostek takes you into the world of SailGP and Lake Michigan before the races start this weekend at Navy Pier.

Clear, calm and not a cloud in the sky; perfect conditions for taking off.

The nine identical International League SailGP F50 catamarans don’t sail so much as they fly – on carbon fiber foils reaching under the hulls, reaching speeds of just over 60 miles per hour.

“Going at those top speeds, it makes you feel alive,” said CJ Perez, the only woman on Team USA and the league’s youngest athlete at 18.

But getting to that happy state of feeling alive takes a lot of work.

Inside the Team Canada hangar, the athletes and shore crew are busy, essentially reassembling the boat before it can head for the water. At around 235 pounds each, the foils are even more impressive on land, with edges so sharp the crew must wear protective gloves to hoist them into place.

“Most of the work, even as a sailor like me, is ashore,” Ramshaw said. “When you sail, you do the fun part.”

It is a process of several hours to get to this point where the boats come out of the shed. These things weigh around 4,000 pounds and are almost ready to set sail.

The sails, or “wings”, are hoisted and attached by a crane before the entire boat floats on and into the lake.

The sail is remarkably light, made mostly of carbon fiber. You can see how it’s shaped like an airplane wing, and it’s what gives lift to the boat as it moves into the wind.

When the boats are in the water, cutting through the wind, sailing becomes a high-level sport.

“Every maneuver everyone has to cross to the other side, and that’s a really fun part because you have all the G-forces around you and sometimes people fly off the boat,” Perez said. “We’re tied down, but some people almost get whipped off the boat. You end up with a few big bruises.”

This is SailGP’s first race at Skyline Stadium in Chicago. The course is tight and stretches between Navy Pier and Adler Planetarium.

Lake Michigan will also be SailGP’s first freshwater championship, which Perez says could add an element of surprise. But one thing is certain: when these boats race, they will do the same in your heart.

“You get so much adrenaline when you’re sailing these boats, you have no idea what’s really going on until a few days later,” Perez said.

But Perez says it’s worth it. After all, what else on earth could make you feel so alive?

Jackie Kostek is a reporter and anchor, covering both news and sports for CBS2 Chicago