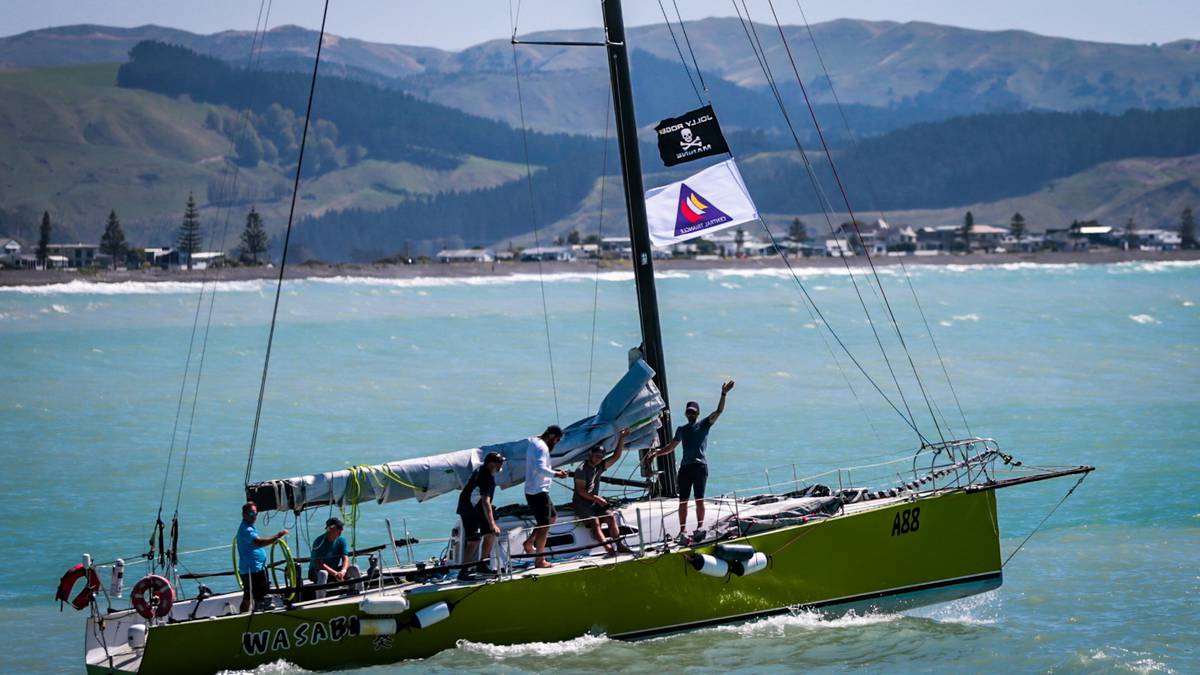 Wasabi off Napier, after completing the Akaroa, Canterbury to Napier leg of the Central Triangle Yacht Race. Photo / Paul Taylor

The Central Triangle yacht race sailed Hawke’s Bay over the weekend as the seven competing keelboats completed the second leg of the marathon from Akaroa, Canterbury to Napier.

The race kicked off on March 5 in Wellington with eight yachts sailing the distance of around 190 nautical miles to Akaroa for the first leg.

Wasabi was fastest on stage one and was also first in Napier on Thursday morning, followed by Satellite Spy and the first of the two-man entries: Kokomea.

The fully crewed participants set off for leg three to Wellington on Friday afternoon, with Satellite Spy the first to arrive home on Saturday evening.

The two-handed boats left Napier on Saturday afternoon and were off Herbertville, Tararua on Sunday morning.

Guy Mannering, who grew up and learned to sail in Napier, was on the boat Distraction.

Cruise season in March? They may not use megaships, but local operators are on the water