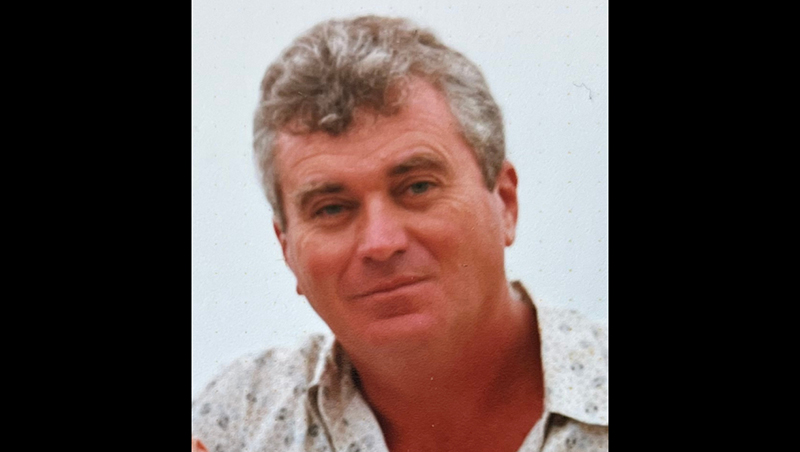 The family of Thomas Gerard Holian is saddened to announce his sudden passing on May 17, 2022 at his home in Duck. He was 70 years old.

Those who knew Thom will tell you that he was larger than life, a giant man who shaped the world around him with his vision, his generosity and his humor.

Born in Jersey City, New Jersey, Thom has always loved learning. He received a bachelor’s degree in theology and religion from Saint Peter’s University and a second bachelor’s degree in architecture from the Pratt Institute. He grew up surfing at Rockaway Beach and later moved to Hawaii, where he could often be found catching waves at Waimea Bay and Sunset Beach.

Get the latest headlines sent to you

An accomplished architect, Thom designed and built hundreds of homes on the Outer Banks after moving to the area in his twenties. He started Carolina Designs with the Thibodeau family, and he’s dedicated himself to making the company more than a vacation rental business, but a wonderful place for families to visit and work. His mother Mary was the first face anyone saw as they walked through the front door.

During his early years on the Outer Banks, Thom spent his free time sailing his catamaran and driving beloved sports cars like his ’81 Porsche 911 Targa and ’63 Corvette convertible. ancient history and art and enjoyed traveling to places like Egypt, France and Tahiti. He spoke five languages, including Korean, which he learned just to impress his future wife Un Yong.

Thom was a cancer survivor who defied the odds time and time again. During his first bout with kidney cancer in 2004, doctors told him he only had a few years left to live. His reaction was not an acceptance but a pure and simple refusal to die. With five children to think about, he started cycling up to 60 miles a day to save his health and connected with the most talented doctors and specialists in the country.

Just months after experimental surgery, he was in remission and he would go on to fight and defeat cancer four more times. He took a similar approach with any health issue over the years – to the point where his family began to think he was invincible because his will was so strong.

Thom’s magnificent home in Duck took years to build. He saw it in its entirety in his mind and brought it to life with his own hands, heavily influenced by Greek, Roman and Egyptian architecture. A glass bridge, two sphinx statues framing an underground pool, and an overhead dining table are just a few of the features he designed for this one-of-a-kind home.

He enjoyed talking to his family and friends about the eco-friendly design that took into account the sun and the wind and all that made the Outer Banks the place he called home.

Later in life, Thom devoted himself to his family and the community. He was a dedicated member of the First Flight High School Athletic Booster Club and went above and beyond to help friends in need. He cherished the time spent with his children and always sought to put a smile on their faces with a gift or a well-crafted prank.

Thom celebrated each day with a glass of cava. He often sat on the back porch after cooking with his family and watched his three dogs play in the golden light, framed by towering columns and beautiful greenery in the spot he loved the most.

Thom is survived by his wife Un Yong; his five children Marshall, Alexi, Pierce, Conell and Suki; his sister Peggy; his brother John; and many loving nieces, cousins ​​and family members.

A celebration of Thom’s life will be held at Jennette’s Pier in Nags Head at 3 p.m. on Friday, June 3. Flowers can be delivered directly on site. Please visit www.gallopfuneralservices.com to share your condolences with the family and verify service details. Gallop Funeral Services, Inc. was entrusted with the arrangements.

Going to the Florida Keys? Here are some visits to plan your trip