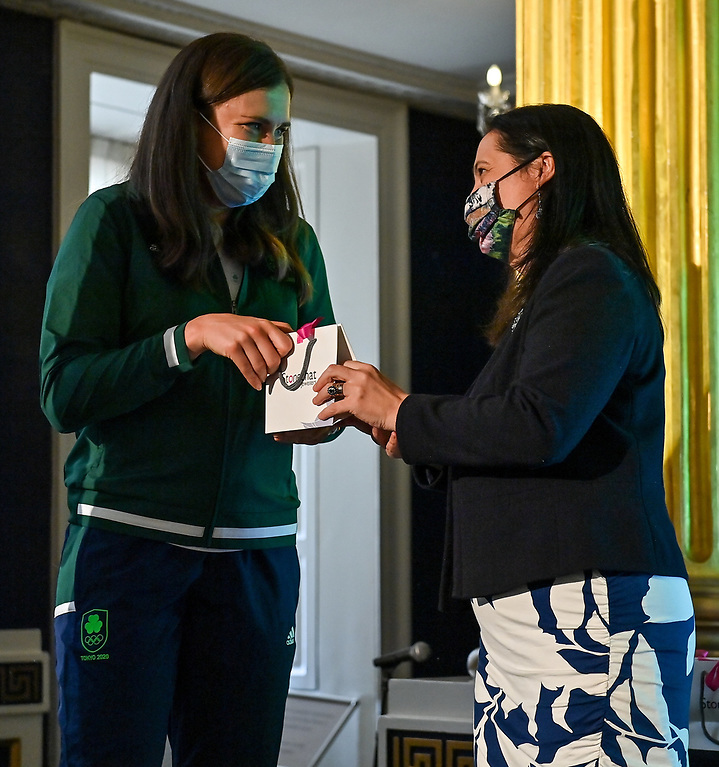 The athletes and staff who represented Team Ireland at Tokyo 2020 this summer were officially congratulated during Team Ireland’s official reunion at Dublin Castle this morning.

A record number of Irish athletes have competed in the Summer Olympics in Japan with 116 athletes (including three dinghy sailors; Annalize Murphy in the Radial and Robert Dickson and Sean Waddilove in the 49er) competing in nineteen sports.

President of the Olympic Federation of Ireland Sarah Keane and CEO of Sport Ireland John Treacy were joined by Taoiseach Micheál Martin, Minister Catherine Martin, Minister of State Jack Chambers and His Excellency the Ambassador from Japan to Ireland Mitsuru Kitano at the special event honoring the athletes.

The athletes received gifts to recognize their achievements as Olympians at the ceremony, which featured music by musician Roisin O. Memorable first-class performances and emotional moments captured the nation for two weeks, in Games who won two Olympic titles and two bronze medals for Ireland, with a record eight athletes on the podium.

Congratulating the athletes and the team at the official event, Taoiseach Micheál Martin said:

“I am delighted to honor and pay tribute to the athletes and staff of Team Ireland for an Olympic Games that will be remembered for a long time.

“We are incredibly proud of our medalists, as well as every athlete. Your personal efforts and commitment have been truly inspiring.

“Even reaching the Games has been an amazing journey, and your accomplishments have uplifted the nation this summer. “

LETTER: Is a solar farm feasible, given the location of St. Albert?