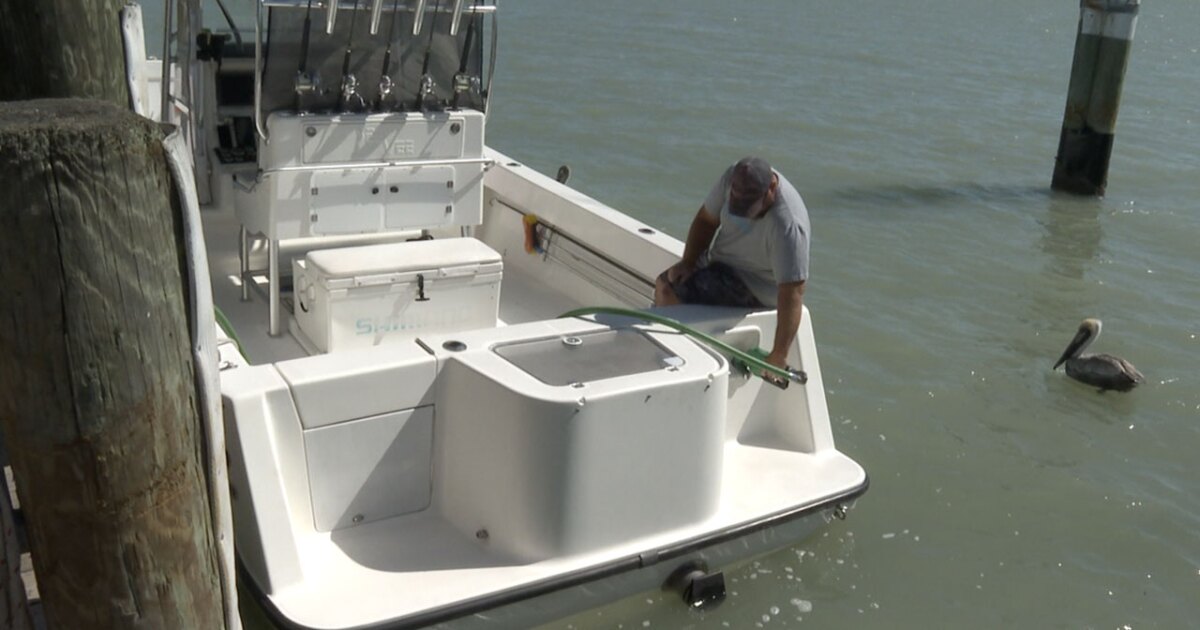 PINELLAS COUNTY, Fla. — High gas prices continue to hit us hard at the pumps, but for businesses that rely on gasoline to deliver services, the pain at the pumps is even worse.

On March 14, the national gasoline average was $4.33 a gallon. The Florida average was one cent higher at $4.34 a gallon.

The high gas prices come as Florida experiences some of the busiest travel times of the year: Spring Break.

RECOMMENDED: Law enforcement officials prepare for a lively spring break at the beach

For Michael Berry, who co-owns Woody’s Watersports in Madeira Beach with his wife, gas prices are costing their business hundreds of dollars a day.

Woody’s Watersports at John’s Pass just added a little fuel surcharge to their rentals which they’ve only done twice in 15 years (the other time after the Gulf oil spill) and that’s not something something owner Berry takes lightly.

“I don’t think anyone here wants to add anything more to their bill. We do not want to charge our customers the gas supplement. We have a lot of loyal customers, but we had to consider a long-term plan,” he added.

Steven Papen of Fintastic Fishing Charters said the price spike is costing him thousands of dollars and he needs to pass that on to his fishing customers, although he is doing everything he can to keep the price hike as low as possible.

Near Hubbard’s Marina in John’s Pass, Dylan Hubbard hasn’t raised the prices of his fishing, dolphin-watching and sunset cruises, but he’s asking his captains to slow down their dozen or so boats as little as possible and plan their trips.

“We try to make sure we don’t burn excess fuel. We use just enough to get the job done. That’s kind of the motto right now,” he said.

This comes as hooks, tackle and wage spending are also on the rise.

At Compass Limo on Park Boulevard in Pinellas Park, Joe Prestipino pays more to fill up his limos and party buses. Still, business is picking up after COVID and for now, that’s enough to offset high fuel costs.

“There’s not much you can do, but we’re doing what we can and I don’t want to raise the prices too much, I still want people to have a good time,” he explained.

“If the fish are somewhere, then we go there. Whatever it takes to get there, we’re going for it,” Papen said.

Berry agrees: “I think about gas prices a lot, but I’m not going to let them dominate my thoughts, that’s for sure. I hope people don’t let people let gas prices ruin their day either.