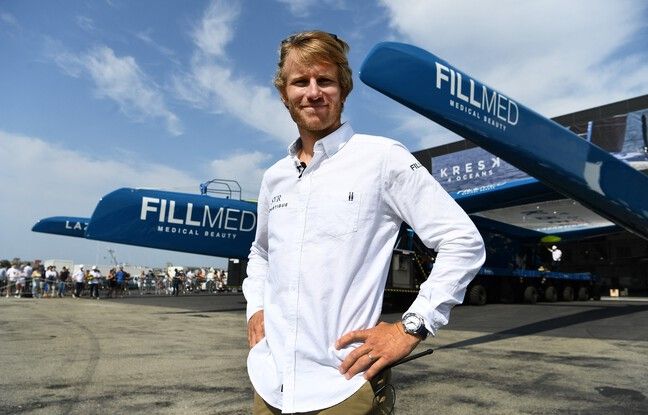 They will be five. A figure that makes the 74 other crews involved in the Transat Jacques-Vabre smile. But which represents a dream plateau for all fans of the Ultimate category. On Sunday, five maxi-trimarans will set off for the double-handed transatlantic race, hoping to be the first to arrive in Martinique fifteen to twenty days later.

These immense multihulls are among the fastest sailboats in the world thanks to their impressive sails and cutting-edge technology borrowed from motorsports and aeronautics. These true Formula 1 of the seas have magical powers. Despite their heavy weight, they are able to fly and reach crazy speeds. Autopsy of these marine machines.

What are the rules for boxing in the category?

The Ultimate class has long been reserved for boats over 60 feet. Since 2018, the French Sailing Federation has however limited the category to boats not exceeding 32 m in length and 23 m in width, effectively excluding large trimarans like Spindrift.

The height of the masts of these sea monsters makes you dizzy and exceeds 30 meters. That of Maxi Edmond de Rothschild culminates at 37 meters, the equivalent of a 12-storey building. The rule for the canopy is more complex. The air draft cannot be more than “120% of the longest hull length found on the boat”. For Sodebo Ultim 3, this represents 450 m² of sails when sailing upwind, and up to 700 m² when taking out his spinnaker downwind.

How fast are you going?

Despite their weight exceeding 15 tonnes, these boats are capable of flirting with 50 knots, i.e. a speed close to 90 km / h. A feat made possible by the foils located on the hulls, which allow the ultimate to “fly” above the water and therefore limit friction.

Be careful, it stings. In this category, the design of most boats is estimated at 10 to 12 million euros. The “cheapest” in the category is the one skippered by Yves Le Blevec. This Current Ultimate 3 was bought second-hand for five million euros. It’s the old trimaran Macif by François Gabart.

“We are no stronger than the other skippers. It’s just that each maneuver takes us longer ”. Accustomed to the ultimates, Thomas Rouxel (team Sodebo) knows how sharp and attentive you have to be to pilot such boats. “Each maneuver takes us at least twenty minutes, sometimes more than an hour”. Imagine spending an hour cranking the cranks in a rough sea… “When things are moving everywhere I just try to hang in there and not get sick. But they must maneuver in these conditions and keep their calm. I don’t know how they do it, ”summarizes a technician.

Who will be at the start of the Transat Jacques-Vabre and who is the favorite?

You don’t have to be a sailing specialist to understand that the plateau of this Transat Jacques-Vabre is ultra-high. Sunday, the Ultimate category will see the best in the world in sailing compete against each other. Easy winner of the last Rolex Fastnet Race, the impressive Maxi Edmond de Rothschild, skippered by Franck Cammas and Charles Caudrelier, is a favorite. Behind him, the experienced Thomas Coville, associated with Thomas Rouxel on Sodebo Ultim 3, made Jacques-Vabre his goal of the year.

Armel Le Cleac’h and the Vendée survivor Kevin Escoffier also seem armed to take Banque Populaire XI. The prodigy François Gabard, associated with the young skipper Tom Laperche, gradually discovers his boat SVR Lazartigue, the reliability of which is not yet known. A boardCurrent Ultimate 3 a little older, Yves Le Blevec and Anthony Marchand will undoubtedly go less quickly. But they have the guarantee of the solidity of their maxi-trimaran.

What route for the Ultimes?

For the first time, the Transat Jacques-Vabre will offer three different routes for the four categories of boats. The Ultimes will have to cover 7,500 miles from the port of Le Havre to reach Fort-de-France. That’s almost double the Class 40 (4,600 miles) and more than the Imoca and Multi50 (5,800 miles). The goal? Let the boats arrive at their destination very soon. It will take 15 to 18 days for the ultimates to complete this route, even if the weather has a predominant role.