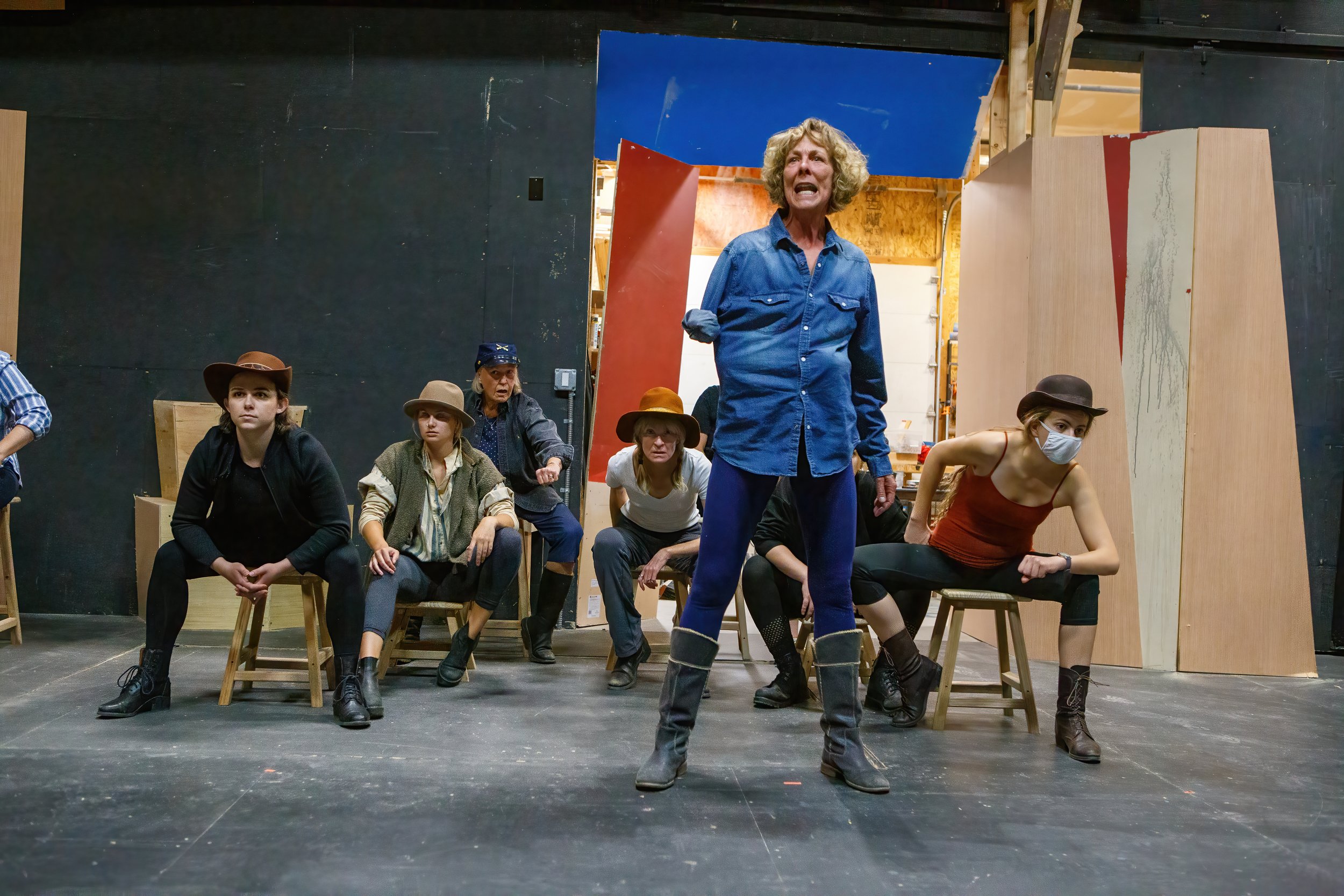 Moore’s debut album is a comedy written by playwright Jaclyn Backhaus. As Moore explained, “The funny thing is we’re playing a play called ‘Men On Boats’, which is a true account of John Wesley Powell’s expedition, but we’re doing it without men or boats. . “

“Men On Boats” features a cast of 10 women, ranging in age from their mid-twenties to early seventies, and is a mix of TRTC veterans and first-time TRTC actors who have worked in the valley. Moore is relishing this moment – TRTC’s first in-person production since March 2020. “It’s so exciting to open this theater after being dark for a long time and bringing in new talent,” she said.

The Backhaus play is set in 1869, when Major John Wesley Powell led nine men in four boats on a government-sanctioned three-month geological expedition to navigate the Green and Colorado Rivers and survey the lands surrounding the Grand Canyon. A devoted geologist and avid adventurer, the piece is based on Powell’s expedition logs.

Drawing on the expertise of TRTC’s CTO, Facilities Manager and Production Designer, Sean Jeffries, Moore gave him a tough set design challenge. She recalled, “I just looked at Sean and asked ‘Will you build me the Grand Canyon?’ and he says to me ‘Sure, okay.’ “

Part of Jeffries’ challenge is setting up the theater’s black box, but he ended up “creating a fun, diagonal, Grand Canyon-style world.”

Libby Rife plays Powell aboard the Emma Dean, named after Powell’s wife. She moved to the Valley in August 2018, after living in Denver for 25 years.

Rife was chosen for TRTC’s “Bluenose” production in 2019. She auditioned for “Men On Boats” after reading a Sopris Sun article that said Moore was hired as acting art director for TRTC.

Rife had known about Moore’s acting work since she lived in Denver and “when I saw that she was coming to Thunder River; that was my main motivation, and when I saw that Missy was going to be directing the first show, it was a real inspiration.

In 1862, while fighting with the Union Army in the Civil War at the Battle of Shiloh in southwest Tennessee, Powell lost his right arm. Before auditioning for the role of Powell, Rife read the script and “I was like ‘Hello, Major!’ I came to the audition with an arm [tucked under my shirt]. “

Kristin Carlson plays Andrew Hall, the cartographer of the expedition aboard the Maid of the Canyon, also known as the “party boat”.

Carlson said the Grand Canyon walls represented by a vertical rise and a 13-foot bridge are “another reason to be in a show that Sean Jeffries does, not to mention a show where you can be in a Grand Canyon. that he designs “.

Backhaus’s account of Powell’s 1869 expedition is, in many ways, “ironic,” Moore said. The Mormons had already settled in the area, as had the Ute tribes, years before them. “And that’s one of the things that is beautiful about the play, is that they say, ‘Technically we weren’t the first here,’ Moore explained.

Originally from Aspen, Sophia Higbie, who plays George Young Bradley, has been stage manager in TRTC productions, most notably as assistant stage manager of “The Gin Game” with Bob Moore.

Higbie said: “Bradley’s diaries contain some of the most honest and comprehensive notes on the trip. Powell wrote about what happened on the trip, in terms of the geological formations, but Bradley took detailed notes on what happened in the camp and the hunting activities.

Bostyn Elswick, in her first production with TRTC, grew up in New Castle, performing in theatrical productions at Coal Ridge High School and performed with Defiance in Glenwood Springs. She plays publisher and hunter OG Howland aboard the No-Name.

Elswick said Moore emphasizes movement-based play and “challenges us and how we can use our bodies to tell stories.”

Typically, women do not have the opportunity to play historical figures on stage, as much of the story has focused on the achievements of men, not women. Elswick said that exploring power dynamics “is something that women don’t do a lot and it makes you feel powerful and it’s fun to feel like a badass character in the story and in it. this piece”.

The start times will be 7:30 p.m. for performances Thursday through Saturday and 6:00 p.m. on Sunday. TRTC offers customers two seating options: one with a regular seating configuration of the 99 seats in the theater and without social distancing. The second with distanced head offices with “clusters” of four seats each. Proof of vaccination will be required for all performances. To book tickets, visit: https://thunderrivertheatre.com/