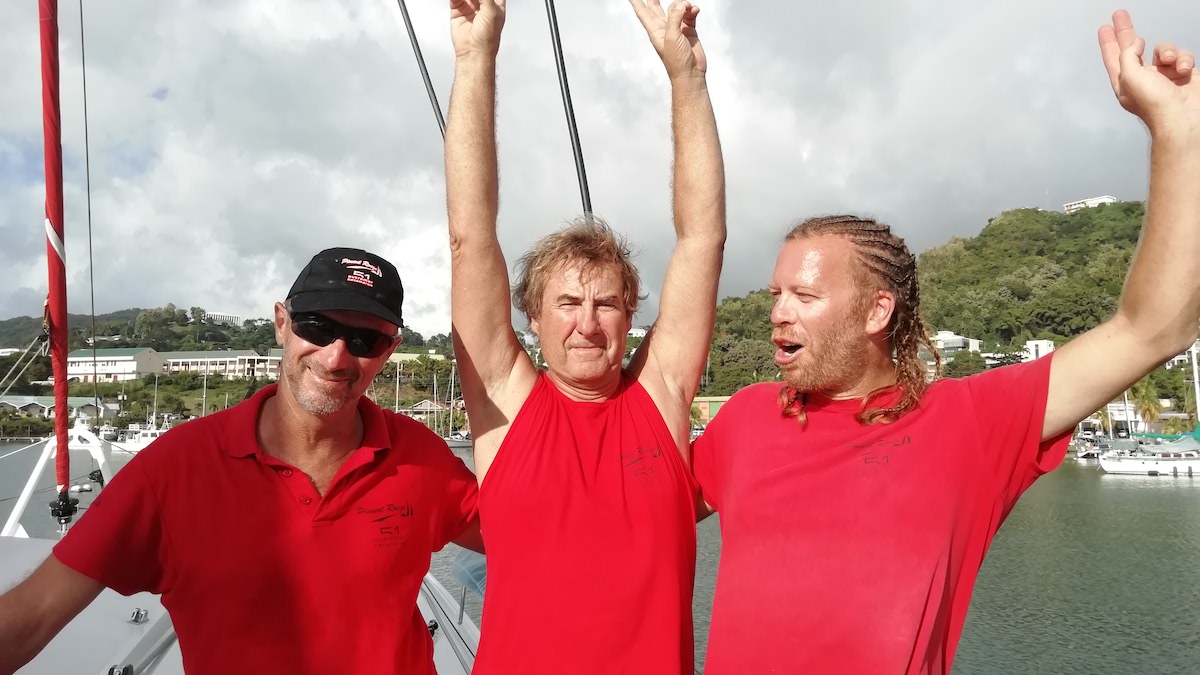 “Unbelievable!” Arrival of the first ARC + boats in Granada

“Unbelievable!” says skipper Pierre De Saint-Vincent as he celebrates line honors on stage two of the ARC + rally from Cape Verde to Grenada. â€œIt’s an experience that will stay with you for the rest of your life. “

The French catamaran crossed the finish line off Quarantine Point in St George’s on Wednesday at 11:10 p.m., just in time to avoid the local curfew between midnight and 4 a.m.

Delighted with the Outremer 51

Pierre was delighted with the performance of the Piment Rouge, an Outremer 51, which he acquired in July after selling his house and business.

â€œOn the first leg we averaged around 10 knots and on the second leg at 8.5 knots,â€ he told PBO. â€œA boat like this is made for sailing. In my old boat, if we were sailing at 10 knots, it was extraordinary. I’d be scared, but this one is so secure. When you are surfing a wave you can have a drink – enjoy the serenity.

The French sailor Max Delannoy (73), who took part in the Atlantic Rally for cruisers, died after being struck …

When my wife Teija told me that she had a surprise for me on Christmas, I didn’t know howâ€¦

Being narrower than most multihulls in the rally, the Piment Rouge sails better over wide range than downwind, Pierre says, so their tactic was to make at least 20 changes of direction in the second leg of the rally, managing a 249 nm stroke. in the last 24 hours.

Their 7th crew member, the B&G autopilot, nicknamed Marcel, performed exceptionally well, but Pierre admitted that they piloted by hand for most of the trip in order to maximize speed while surfing.

Piment Rouge is an Outremer 51

Pierre always allowed plenty of time for fun and prioritized safety over everything else. Fallen overboard on a previous yacht, and fortunately rescued by his wife, he left nothing to chance.

“It was a miracle that my wife found me, because she had no experience,” Pierre remembers. â€œI was fixing the bow when I was suddenly thrown 5m in the sky and in the water, I was unconscious for a minute, and when I came back the boat was 100m away. . My wife came back and got me.

Multihulls in the lead

Throughout the trip, Pierre and his crew closely followed the other yachts, including the American BigBird boats, a Neel 47 trimaran, which arrived the next morning, and Helios, a Lagoon 52, which arrived around 5 p.m. on December 2.

A few more yachts are expected today, with the majority of ARC + yachts arriving this weekend.

This is the first year that the ARC +, the sister rally of the ARC, has ended in Granada, with the yachts being hosted at Camper & Nicholsons Port Louis Marina.

For more information on the ARC, visit the World Cruising Club website.