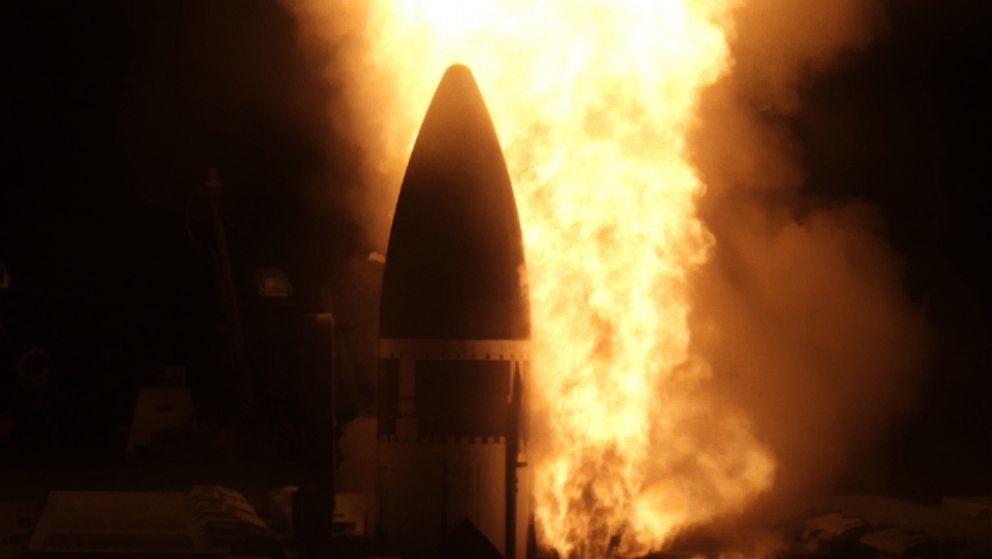 US successfully intercepts ICBM with ship-launched missile in landmark test

By Daniel Lavoie Last updated Sep 23, 2021
0
Share
In a unique trial, the United States successfully used a small missile to intercept a target intercontinental ballistic missile (ICBM), according to the Missile Defense Agency. The successful test shows that the US military now has another missile defense system capable of defending against North Korean ICBMs targeting the United States.

“The US Missile Defense Agency (MDA) and US Navy sailors aboard a destroyer equipped with the Aegis Ballistic Missile Defense System (BMD) intercepted and destroyed an intercontinental ballistic missile (ICBM) target representing a threat with a Standard-3 (SM-3) Missile Block IIA during a flight test demonstration in the vast ocean area northeast of Hawaii, November 16, “according to a statement from the Missile Defense Agency.

A target ICBM missile launched from Kwajalein Atoll in the Republic of the Marshall Islands in the Pacific Ocean traveled thousands of kilometers toward the body of water between Hawaii and the west coast of the Americas. The destroyer USS John Finn which was positioned in these waters then fired an SM3 missile which successfully intercepted the target ICBM. The interceptor missile was aimed at its target using tracking information provided by a set of sensor systems designed to monitor any incoming missile attack against the United States.

The successful interception marked the first time that a target ICBM had been intercepted by a ship-launched interceptor missile.

The successful testing of ship-fired missiles shows that another layer of missile defense could become available to counter North Korea’s growing inventory of long-range missiles. Last month, he unveiled what appears to be the world’s largest mobile-launched ICBM that could threaten the United States and its allies in the Pacific region.

Originally designed to intercept intermediate-range ballistic missiles, the SM3 has now shown that it can be used to defend against longer-range ICBMs that reach much higher in the atmosphere.

“This is an incredible achievement and a critical milestone for the Aegis BMD SM-3 Block IIA program,” MDA Director Vice Admiral Jon Hill said in a press release announcing the success. of the test.

“The department is exploring the possibility of increasing the mid-point ground defense system by putting in place additional sensors and weapon systems to protect against unexpected developments in the missile threat,” Hill said.

“We have demonstrated that a ship equipped with an Aegis BMD equipped with the SM-3 Block IIA missile can defeat an ICBM class target, which is a step in the process of determining its feasibility as part of an architecture. layered defense of the homeland, “he said.

The missile test was originally scheduled for May, but was delayed due to restrictions on the movement of personnel and equipment that resulted from the coronavirus pandemic.

The successful interception was referred to as Flight Test Aegis Weapon System-44 (FTM-44), and was the sixth flight test of the SM3 Block IIA missile fired from a Navy vessel equipped with the ballistic missile defense system. Aegis.