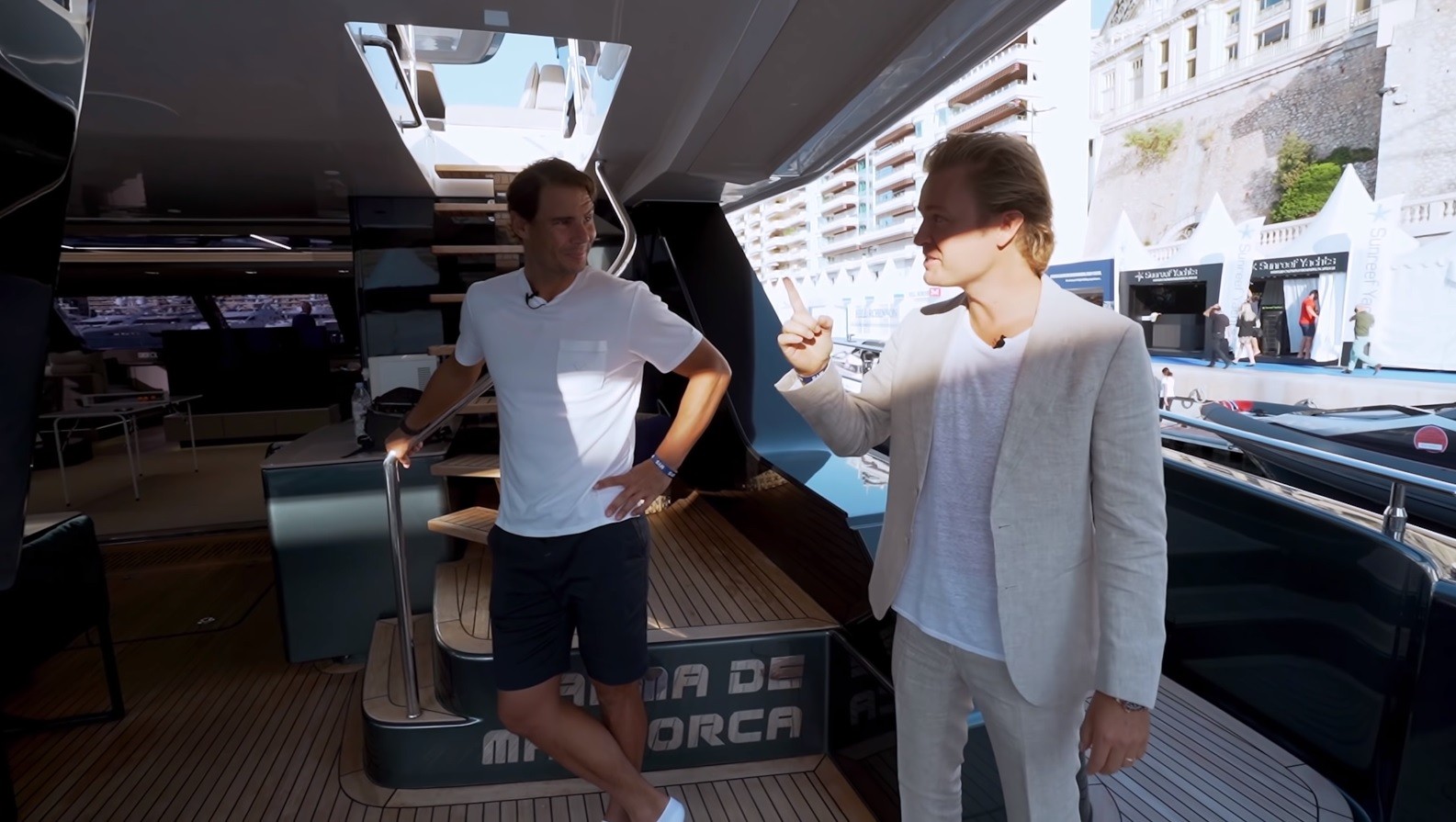 Last summer, Rafael Nadal took delivery of his new yacht, a Sunreef 80 Power, valued at $ 5 million. Just a few days ago, the 2016 Formula 1 world champion posted a vlog with an exclusive tour of Nadal’s yacht. This is what the Spanish tennis legend chose for his latest yacht.

Those who know yachts will know that Rafa’s new pride is a catamaran and that it was ordered from Sunreef Yachts sometime in 2019. It was delivered in June 2020 in Nadal’s hometown in Mallorca, Spain, by the founder and chairman of Sunreef. , Francis Lapp.

Rafael Nadal’s yacht is a bespoke multihull 24 meters (approximately 78 feet) in length that can accommodate up to 12 people in four private cabins, not to mention the master suite. As you can see in the video posted to Nico Rosberg’s YouTube channel and embedded below, the yacht has a neat feature for the master suite.

Nadal claims to use the new feature several times a day. No matter how he uses it, he’s still cool. The Spanish tennis ace is also a fan of small boats, such as jet skis. These are stored in a special garage integrated into the catamaran.

The video posted by Nico Rosberg also features a ping-pong match between the two athletes. As both global ambassadors of Sunreef, they will be present at the Sunreef Ambassador Cup in Monaco, which is a ping-pong tournament. One has to wonder if Rosberg’s reflexes will win over Nadal’s years of experience in a different (but similar) sport. We let you see for yourself below.

In addition to visiting Nadal’s new yacht and watching two athletes compete in table tennis, Nico Rosberg takes it a step further and turns his vlog into a full interview with Rafa Nadal. It’s a must-have watch for tennis fans, but athletes with a passion for other sports can still learn things from the mindset of a world champion.