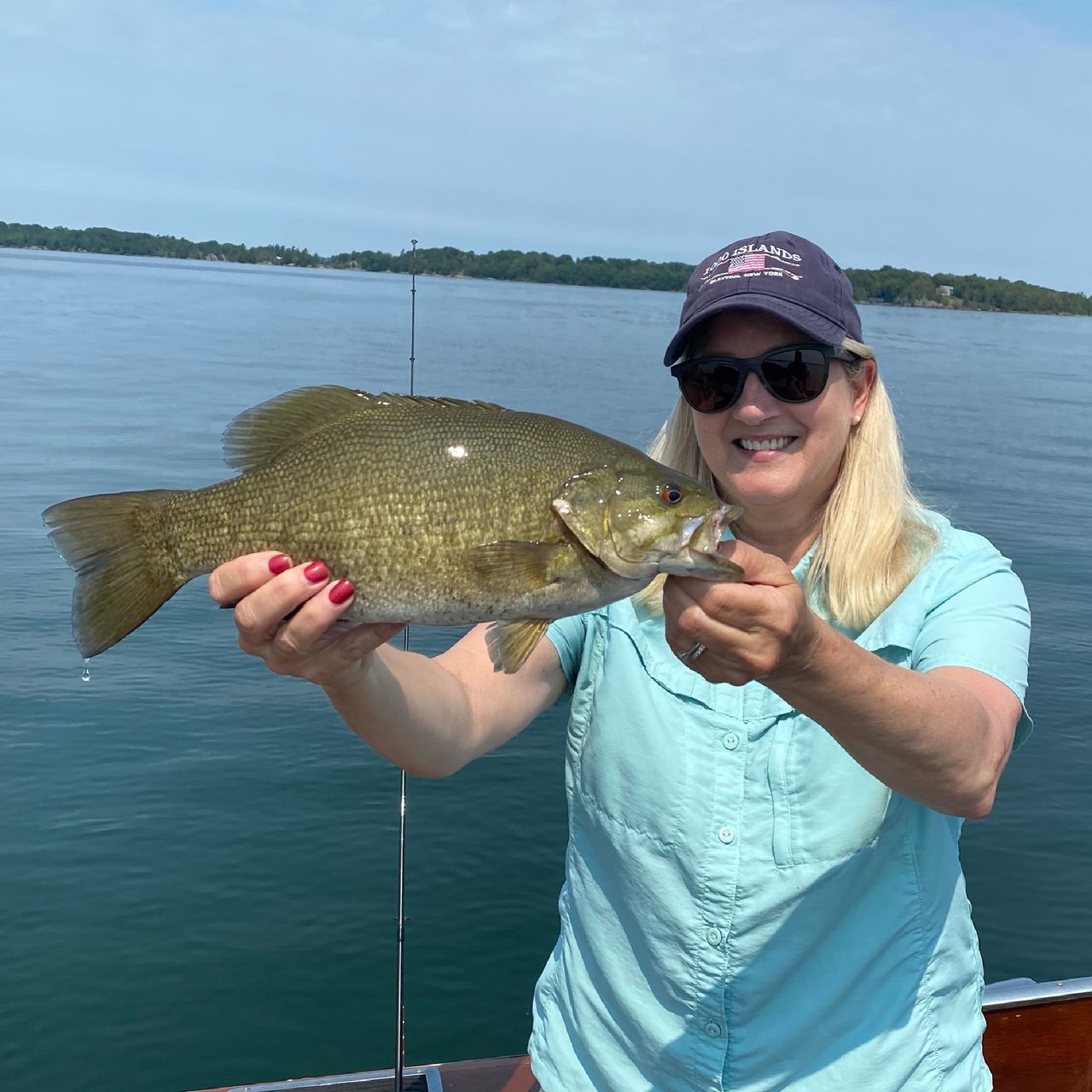 Things opened on Monday for U.S. boaters and anglers crossing the Canada-U.S. Border on upstate New York waterways such as the St. Lawrence River, Lake Ontario and the Niagara River – in particular, those who have not stopped on Canadian soil, drop anchor or make contact with another boat.

The Canadian government recently announced that effective August 9, fully vaccinated people will once again be able to cross the Canada-U.S. Border into Canada. However, the United States did not reciprocate with the same date, saying it would maintain its travel restrictions at the Canadian and Mexican borders until August 21.

Under the new Canadian border policy, under the “Entering Canadian Waters for a Recreational Cruise” category, individuals can now enter Canada for recreation and excursions, including recreational fishing, sightseeing. and other discretionary purposes (called loop movements), ”according to the Canada Border Services Agency (CBSA) website.

* Remain on your boat continuously while in Canadian waters;

* Do not land in Canada;

* Do not come into contact with another boat, and

* Do not moor or anchor in Canadian waters.

If at any time “you land on Canadian soil, come into contact with another vessel, or drop anchor, you will need to report to the CBSA and if you are eligible to enter Canada you will be subject to all of the requirements for entry. entry, including -testing on arrival and submission of your mandatory information in ArriveCAN. “

The bottom line, however, is that “travelers engaged in transit or loop movements are not required to report to the CBSA,” according to the new regulations which came into effect on Monday. And if you are fishing on the Canadian side, you will need a Canadian fishing license.

The past year and a half has been frustrating for anglers and boaters on waterways such as the St. Lawrence River, Lake Ontario and the Niagara River which are crossed by the Canada-US border. The border on the waterways has been closed. Those arrested on the Canadian side ran the risk, in the worst case, of having their boat confiscated and fined by Canadian law enforcement.

Anglers from the recent Bassmaster Elite Series competition on the St. Lawrence River were not allowed to fish on the Canadian side.

The fact that Canadian pleasure boaters, tour boats and fishermen who crossed the American side without touching land or anchoring were not harassed by law enforcement added to the frustration of those on the American side.

“Last year we lost a full fishing season on the Canadian side. Right now we’ve lost half of this season, ”said Phil Flora of Flora Fishing Charters in Alexandria Bay on the St. Lawrence River last week. “August is my favorite time to be there (on the Canadian side) to fish for bass. And it’s also the best place for walleye and muskellunge, especially the 40 acre shoal area.

“Canadians play by their own rules. You always look over your shoulder when you’re there.

A call and email Monday from this reporter to the Canada Border Services press office was answered with an email directing any questions regarding recent changes in Canadian policy to the CBSA website.

Frank Campbell, longtime charter boat captain and outdoor promotions manager for Destination Niagara USA in Niagara Falls, said he had received phone calls from fishing guides and anglers to find out if it was now acceptable for American fishermen to fish on the Canadian side of Niagara. River.

“I tell them, ‘It looks like it does,’ but I also advise them to call (the Canadian side) and find out for themselves before they go out,” he said. “I saw things change the day you were here. It’s crazy.”

Corey Fram, director of tourism for the Thousands Islands Tourism Council, said he has also responded to calls from anglers and boaters about being on the Canadian side with their boats.

He said anecdotally that he had heard things were open, noting this past of weekend boaters who crossed the Canada-U.S. Border and were confronted with Canadian law enforcement officials, but that another American who traveled to the Canadian side on Monday was not.

Like Campbell, Fram suggested that any boater or fisherman with doubts should call the Canada Border Services Agency or the OPP office before going as an added precaution.

Meanwhile, a central New York resident who drove across the Canadian border on Monday said she had encountered no problems.

Terri Parrow Botsford, from Chittenango, and her husband, Todd, traveled to Canada to celebrate Botsford’s birthday. She said she had to log in first and answer questions on the ArriveCan app, provide information that she and her husband were both vaccinated and provide proof that both had tested negative for Covid in the past. last three days. At the border, the two had to present their passports and were asked what type of Covid test they had received.

She said it took about 1 hour and 45 minutes to pass.

From there they drove to Gananoque, Ontario where they had lunch, and took a boat trip to Canada that stopped at 7-8 wreck sites along the river, including one that “My father and two of his friends were the first to visit. found while scuba diving in 1960. The boat sailed both sides of the border, including around Boldt Castle in Alexandria Bay, she said.

Back in Gananoque, they then had dinner and returned home.

Botsford noted that she had vaccinated Canadian friends who are “frustrated” that they will not yet be allowed to cross the border into New York “until at least August 21”.

‘Mr Jaxn be fishing’: CNY angler loves challenges and the fun side of fishing

Flyball: a fast and fun sport for dogs and the owners who love them (video)

Adirondack hiking challenges for novices, dog owners, beer drinkers who can get you a patch

Safe Travels: Tips for the Upstate NY Newbie Boater for a Safe and Fun Outing

55 inch Lake Ontario monster muskie: “He came out of the water and danced his tail like a tarpon”

Couple in upstate New York specialize in caring for injured and sick wild cubs: “They’re so cute and cuddly”

Gypsy moth caterpillars in the trees of upstate New York