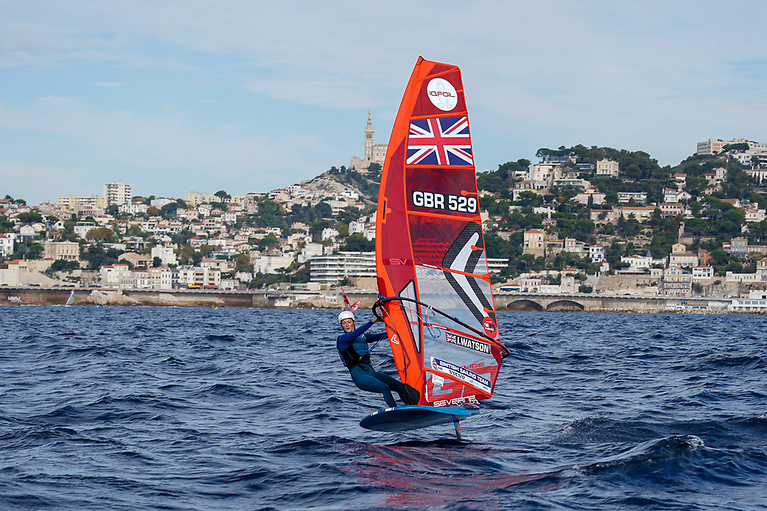 Watson in third while iQFOiL Euros is operational

Day three was the first full day of racing for the men’s and women’s fleets of the iQFOiL European Championship (October 22-28, 2021) cruised through Olympic waters from Paris 2024 to Marseille, France.

NW wind 6 to 7 knots gusting to 10 knots which dropped and shifted further west, up to 10 knots with gusts of 12 at sunset.

A streak of third places and a first place Islay Watson third in the women’s fleet of 68 sailors.

Under-21 world champion Finn Hawkins leads the British men’s contingent in seventh overall and first under-21 in the 141-man fleet.

Another sunny day is expected tomorrow with a wind range of 10-14 knots with the potential for a long day of racing for the competitors.

You can find the full results here.